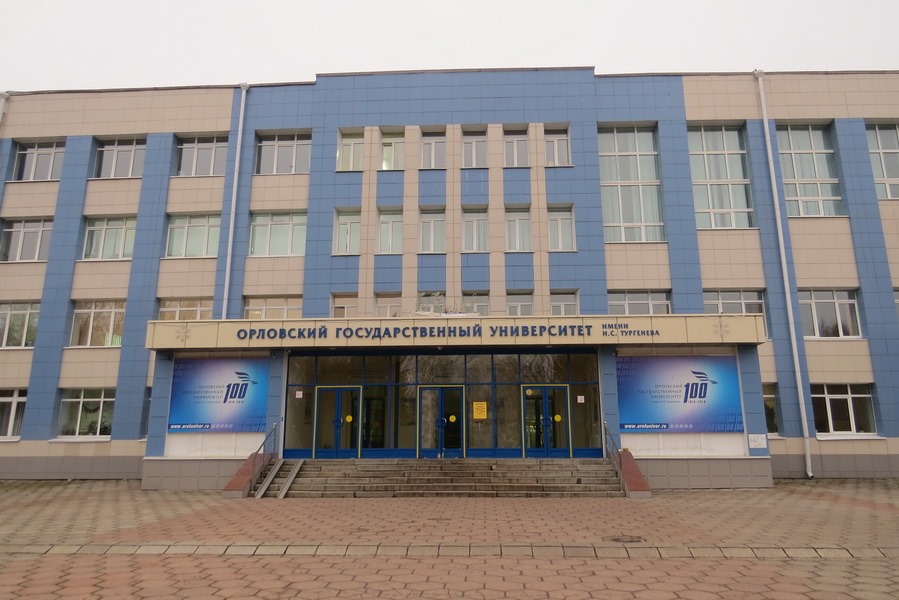 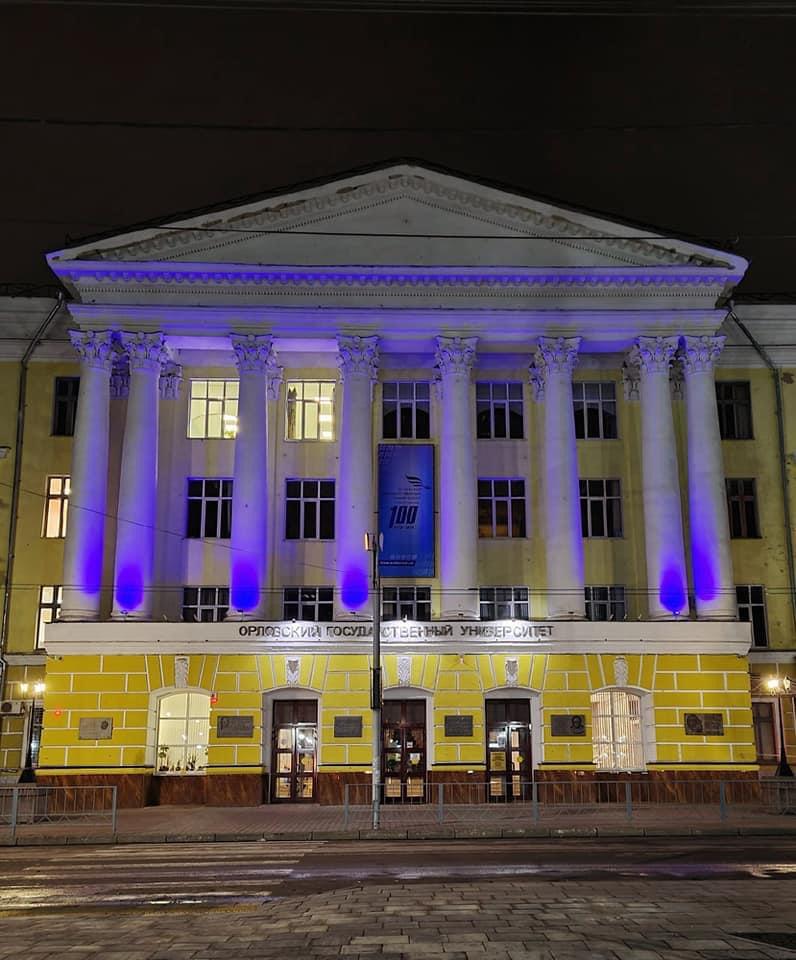 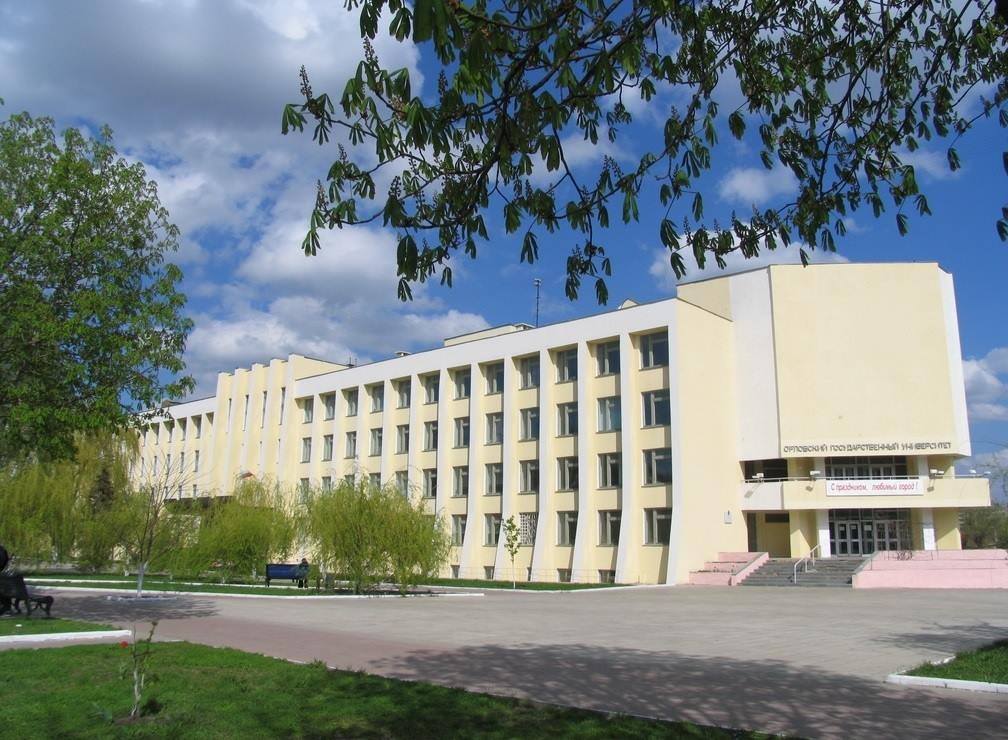 For the first time the origins of the idea about creating a higher educational institution in Orel dated back to the First World War, when the intelligentsia of the provincial center, developing the initiative of the Ministry of Industry and Trade of 1916, created the "commission for the establishment of the polytechnic national university" in January-March 1917. The same year in May, the question of its establishment was discussed by the Orel City Commission on Public Education. The result of the work was the report sent on September 7, 1918 to the Provincial Executive Committee, which concluded that it was necessary to establish a university in Orel with a set of classical faculties.

However, the events of the autumn 1917 changed the situation in the country and in the province. The new authorities returned to the question of creating the university a year later, when on October 31, 1918, Orel Proletarian University named after V.I. Lenin was created by the Decree of the Department of Public Education of the Orel Provincial Committee and which was opened on November 5 of the same year and existed in Orel until 1920.

But the discussions about the establishment of   full-fledged state university in Orel with a classical set of faculties date back to 1919, when on June 23 the decision of the Collegium of Higher Educational Institutions of the People's Commissariat for Education, which established Orel State University, was held. This day can rightfully be considered the birthday of the University as a classical university, the leading educational institution in the region. 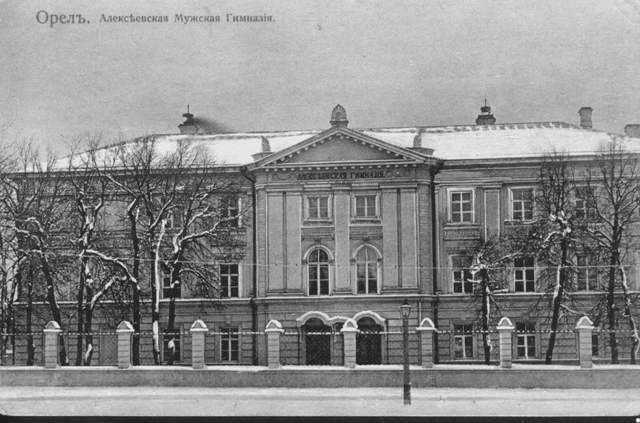 The building of the former Alekseevskaya gymnasium. Before the war of 1941-1945 it was a university building.

In process of this decision, on March 19, 1920, the Board of the Orel Province Education Committee passed the resolution "On the reorganization of the Orel proletarian university" and on the establishment of Orel State University on its base and the Institute of Public Education.

Within a short time, on the basis of the scientific and pedagogical staff (forces, as they said a century ago), the backbone of the pedagogical collective was created; the students were recruited into two faculties. In the spirit of the era the workers' faculty was founded at OSU.

Changes in the state policy in the sphere of higher education led to the adoption of the Decree of the Council of People's Commissars (on the basis of the decision of the Board of the People's Commissariat of Education of August 18, 1921) to establish a Higher Pedagogical Institute on the basis of OSU on November 4, 1921. Its formal opening ceremony took place on October 9, 1921. However, the further course of the country's leadership on the specialization of higher education led to the decision of November 15, 1922 on the closure of the Orel Higher Pedagogical Institute. The students were transferred to other universities and technical schools, and the teaching staff of the University moved to work at Orel Pedagogical and Mechanical-Building Technical School. Nevertheless, in a few years the development of higher education in Orel region received a new impetus.

In 1927 there were created groups for the training of engineers in the Mechanics and Construction Technical College in parallel with the groups for the training of specialists with secondary education. On August 5, 1931 Industrial and Pedagogical Institute was founded in Orel by the decree of the Council of People's Commissars of the Russian SFSR. Its formal opening ceremony was held on October 16, 1931. It consisted of four faculties (physical and technical, chemical and biological, socio-economic (literary-social, polytechnic). In 1932 the Workers' Faculty and Evening Institute was opened at the OSPI (until 1938). In January 1933 Belgorod Pedagogical Institute was consolidated with OSPI.

Since 1934 (September 1) there were two Institutes  (Teacher's Institute with two-year term of training and Pedagogical Institute, with four-year term of training which trained teachers for secondary schools) in the structure of OSPI. In the period of retention of this structure until 1952, University was called Orel State Pedagogical and Teachers' Institute, keeping the name Orel Pedagogical Institute in the press and internal turnover documents. The Workers' Faculty and Model School (until 1949) were founded in the framework of the OSU in 1920.

In 1940 the first two volumes of "Orel State Pedagogical Institute Transactions" on Natural Science and Chemistry and on Physics and Mathematics were published.

Further development of the OSPI was determined by the Great Patriotic War. In June 1941 200 students and teachers left the Institute for the front.

On August 23, 1941 by the order of the People's Commissariat of Education of the RSFSR OSPI was evacuated to the city of Birsk Bashkir ASSR, where the teacher's technical school was created by the Birsk Pedagogical Institute, which retained the structure of the Orel Pedagogical Institute.

On November 20, 1943 by order of the Council of People's Commissars of the RSFSR OSPI was re-evacuated to Yelets, and in August 1944 returned to Orel.

In 1945 the first post-war collection of "Orel State Pedagogical Institute Transactions" was published, in the same year the first thesis for the degree of Doctor of Sciences (Y.Y. Tseeb) was defended in the University.

In 1952 Teacher’s institute of Orel Pedagogical and Teacher's Institute was closed, and it was renamed Orel State Pedagogical Institute. 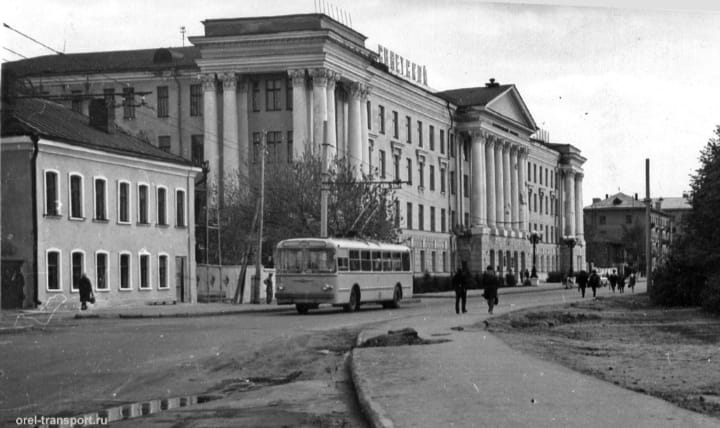 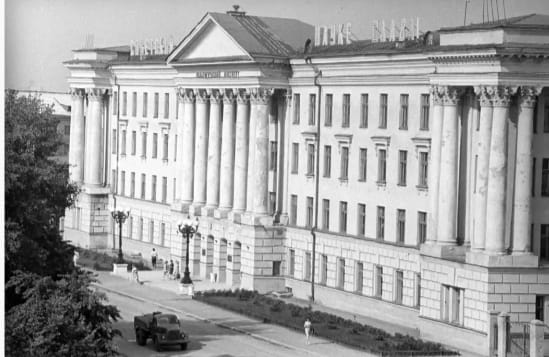 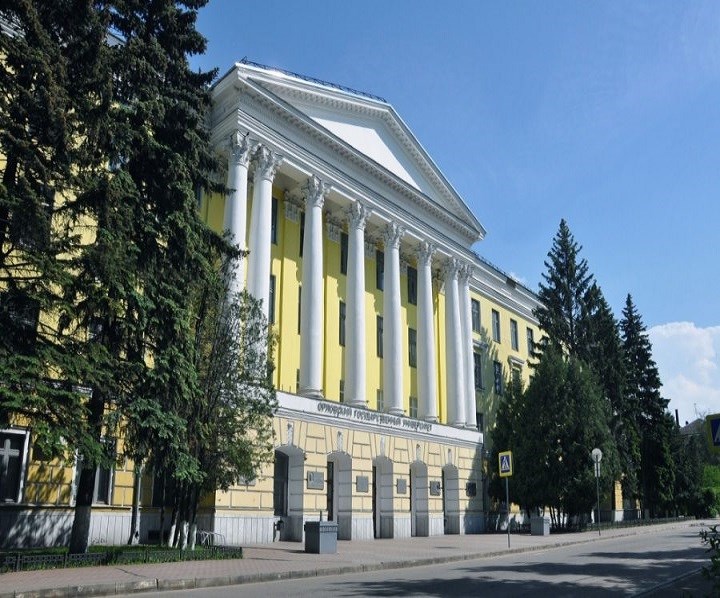 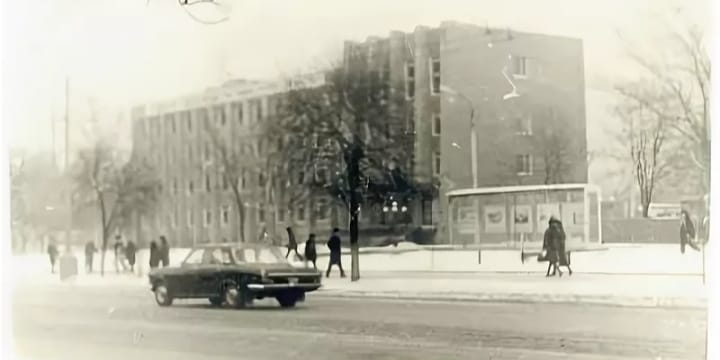 One of the University buildings in 1980 and now

In 1954 the first postgraduate study in the history of the OSPI was started at the Russian Language Department. In the same year the Evening Department was opened. In the same year on February 26 the technical education in Orel acquired the form of higher education. Orel UKP was established in the structure of the All-Union Correspondence Engineering Institute (VZMI). On November 30, 1960 on its basis the General Technical Department (GTD) of the VZMI was created. On June 29, 1962 in the GTD of VZMI   full-time form of education was introduced, and on June 6, 1966 it was transformed into the Orel branch of the VZMI.

On November 6, 1981 by Decree of the Supreme Soviet of the USSR OSPI was awarded the Order of the Badge of Honor. 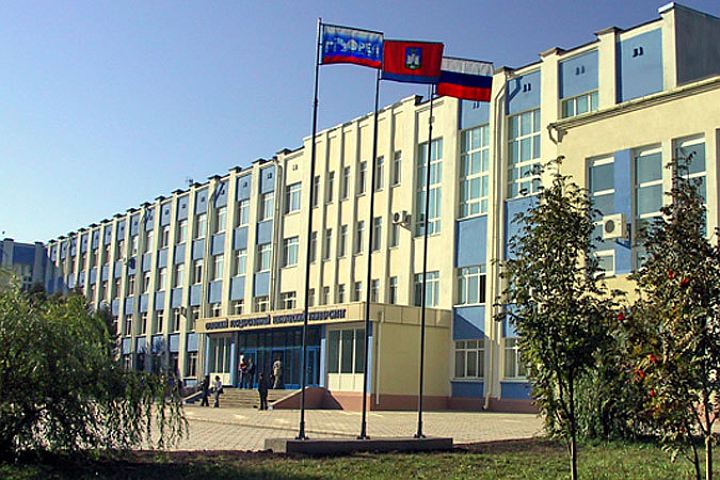 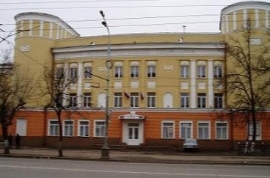 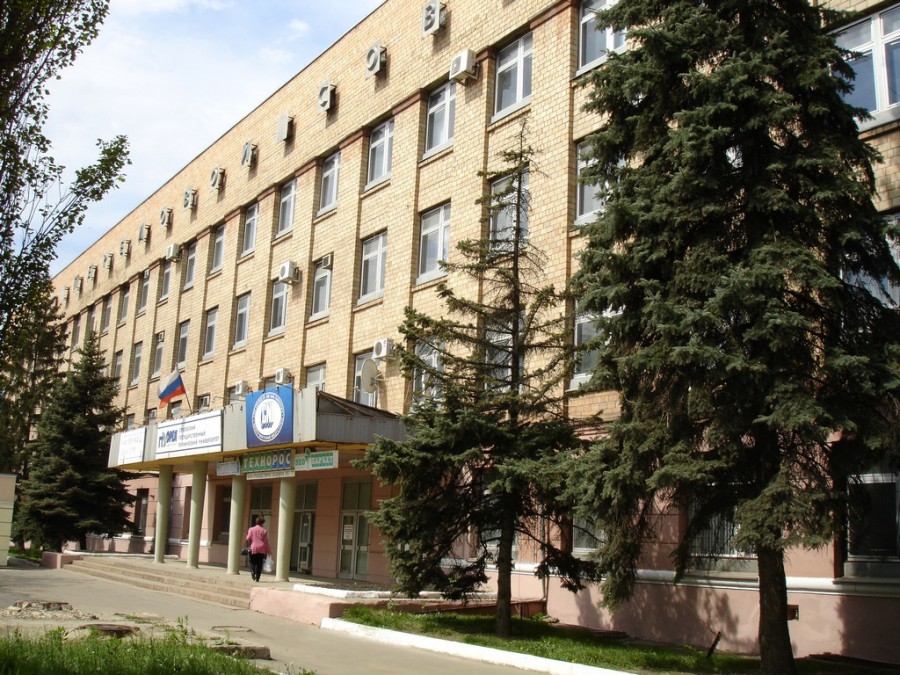 In the same year the decision of the Government of the Russian Federation was taken to establish  Key University in Orel region, in accordance with which in 2016 (April 1), the Orel State University named after I.S. Turgenev was established on the basis of tow Universities as Key institution. 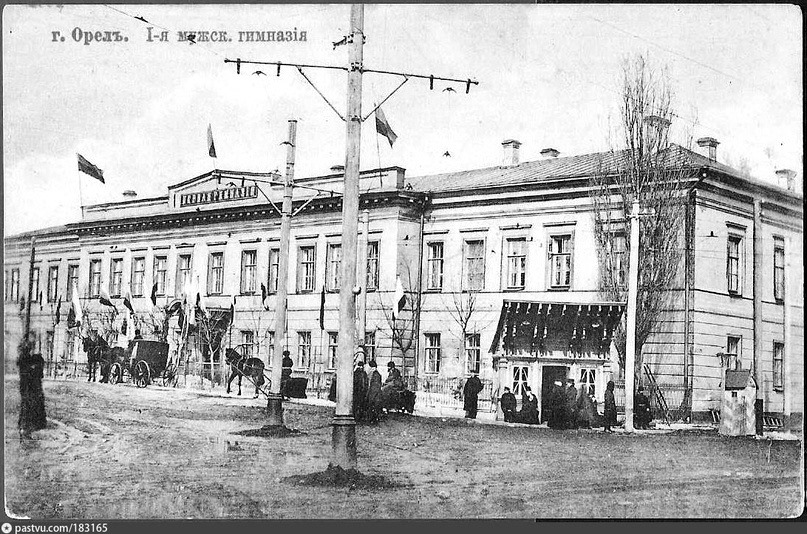 IT'S JUST THE BEGINNING ….